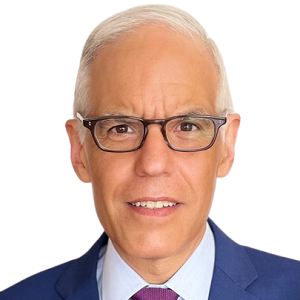 Ambassador Julián Ventura is a Senior Advisor in ASG’s Americas practice, to which he brings more than three decades of high-level government experience in negotiations, political analysis, crisis management, communications, and trade and investment promotion.

Ambassador Ventura has held senior diplomatic positions in four Mexican administrations, most recently as Deputy Secretary of Foreign Relations, where he oversaw key relationships in Asia, Europe, Africa, and the Middle East and served as Mexico’s lead negotiator in the G-20. Previously, he served as Ambassador to China, where he concluded agreements on market access for Mexican agro-food exports and helped establish the first bilateral CEO Forum, among other achievements. He has also served as Mexico’s Ambassador to the United Kingdom, Deputy Chief of Mission in the Mexican Embassy in Washington, D.C., and held senior roles at Mexico’s missions to Cuba, the United Nations, and the Organization of American States.

In addition to his posts abroad, Ambassador Ventura has served in Mexico’s Ministry of Foreign Relations as Under Secretary for North America, playing a central role managing the economic, trade, border, and immigration agendas with the United States and Canada. As Director-General for Asia-Pacific Affairs, he served as political liaison in the Mexico-Japan free trade negotiations, the Mexico-South Korea 21st Century Commission, and at five APEC Summits. Earlier in his career, he served as Chief of Staff to the Secretary of Foreign Relations. He is regularly interviewed in Mexican media on international affairs, and is an op-ed contributor in Mexican and international newspapers such as La Reforma and The Dallas Morning News.

Ambassador Ventura holds a B.A. in History from the University of British Columbia. He speaks Spanish and English.

He is based in Mexico City.