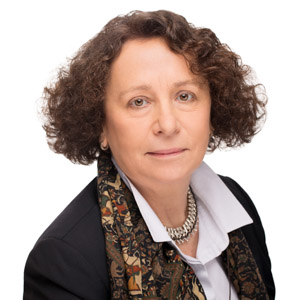 Ana Palacio is a Senior Strategic Counsel to ASG, where she draws on her experience as Foreign Minister of Spain and a member of the European Parliament to advise clients on business in Brussels and throughout the European Union.

Ms. Palacio was the first woman to serve as Foreign Minister of Spain, from 2002-2004. Previously she was a member of the Spanish Parliament, where she chaired the Joint Committee of the two Houses for European Affairs.

She also served as a member of the European Parliament, where she chaired the Legal Affairs and Internal Market Committee, the Justice and Home Affairs Committee and the Conference of the Committee Chairs, the most senior decision-making body on legislative policy and programs.

As the Head of the Spanish Delegation to the European Union’s Intergovernmental Conference and a member of the Presidium of the Convention, Ms. Palacio was at the forefront of the debate on the future of the European Union and drafted and led legal discussions on the European Treaties reform.

She serves on the World Economic Forum’s Global Agenda Council on the Future of the European Union, the Board of the Atlantic Council of the U.S., and the Supervisory Board of Hague Institute for Internationalization of Law.

Ms. Palacio graduated with honors from the Lycée Français (Baccalauréat Mathèmatiques). She holds degrees in Law, Political Science and Sociology, also with honors.

She is based in Madrid, Spain.