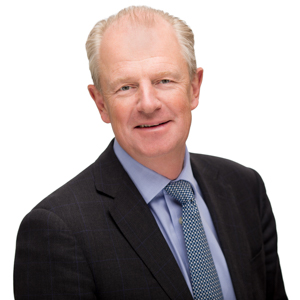 Ian Smith is a Senior Advisor with ASG, where he draws on decades of experience in public affairs and government to help clients of the firm's East Asia and Pacific practice with growth strategies in Australia and across the region.

Previously, Mr. Smith was CEO of the public relations firm Gavin Anderson & Company (Australia) and served as a member of the company’s global executive committee. He was also formerly an advisor to an Australian State Premier and a State Leader of the Opposition. Earlier in his career, Mr. Smith was a journalist for the Advertiser in Adelaide, and the Daily Advertiser, in Wagga Wagga.

Mr. Smith founded and serves as Joint Managing Partner of Bespoke Approach, an Australia-based corporate advisory firm. In addition, he serves as the United Kingdom’s Honorary Consul in South Australia. He the co-founder and Chairman of Barefoot to Boots, an NGO that assists refugees through the provision of resources to camps and settlements, and is actively engaged in refugee advocacy. He is Deputy Chairman of the Committee for Adelaide and a board member of Developing East Arnhem Limited, overseeing the economic rejuvenation of one of Australia’s most isolated regions, in the Northern Territory.

Mr. Smith contributes occasional columns for the Australian newspaper, the Spectator magazine, and appears on Sky News and ABC television.

Mr. Smith studied at the London College of Printing (now the University of the Arts London), where he received degrees in Business and Journalism. He has also completed the Advanced Management Program, run by Omnicom, at Babson College in Massachusetts.

He based in Adelaide, Australia.