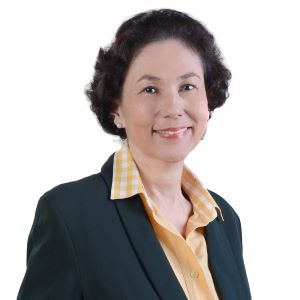 Ratih Hardjono is a Senior Advisor with ASG’s East Asia and Pacific practice, where she provides advice and assistance to clients on strategic planning, government relations, market strategy, and public affairs.

Ms. Hardjono is the founder of Mirah Sakethi Consultancy, a strategic communications and public affairs consulting firm based in Indonesia. Previously, she worked at Indo Pacific Edelman and APCO Indonesia in public affairs roles. She also served with the United Nations Development Programme (UNDP) in Indonesia as a Program Coordinator for Information and Publications.

Earlier in her career, Ms. Hardjono worked for 14 years at Kompas, Indonesia’s leading daily newspaper. While working as an international correspondent for Kompas in Sydney, Ms. Hardjono specialized in reporting on countries transitioning from military rule to democracies and countries at war. She also covered national elections in the United States and Australia.

In 2002, Ms. Hardjono co-edited The Poor Speak Up, 17 Stories of Corruption, a book published by the World Bank and the Partnership for Governance Reform. Her first book, White Tribe of Asia, was published in 1993.

She is based in Jakarta, Indonesia.