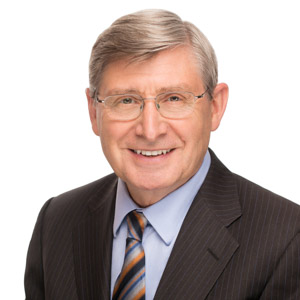 Martin Neil Baily is a Senior Advisor at ASG, where he advises clients in all regions of the world by drawing on decades of public and private sector experience in economic competitiveness and globalization.

Dr. Baily served as an advisor to the Congressional Budget Office during the George W. Bush Administration.

Dr. Baily’s private sector experience includes positions as a Principal of McKinsey & Company at the Global Institute in Washington, D.C. and a Senior Fellow at the Peterson Institute where he published books on the European economy and on pension reform.

In addition to his work at ASG, Dr. Baily serves as a Senior Fellow for Economic Policy Development and the Director of the Business and Public Policy Initiative at the Brookings Institution. He is a member of the Squam Lake Group of financial economists and was the Co-Chair of the Taskforce on Financial Reform convened by the Pew Charitable Trusts. In addition, Dr. Baily is a Director of The Phoenix Companies of Hartford, CT.

Dr. Baily is the author of a number of publications including: The Origins of the Financial Crisis (2008) with Robert Litan and Matthew Johnson; and U.S. Pension Reform: Lessons from Other Countries (2009) with Jacob Funk Kirkegaard. In addition, Dr. Baily has taught Economics at MIT, Yale, and the University of Maryland.