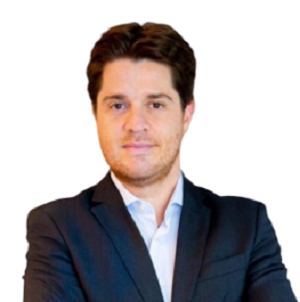 Beto Vasconcelos is an ASG Senior Advisor. He draws on his extensive experience in both the public and private sectors to advise firm clients on corporate strategy, construction of public policy, and legislative and regulatory matters.

Mr. Vasconcelos served as the National Secretary of Justice in Brazil, where he was responsible for national anti-corruption strategy and supervised international cooperation on that issue. Previously, he served as Vice Minister and General Counsel of the Executive Office of the President of Brazil, where he worked to develop regulatory frameworks across a variety of industries.

Mr. Vasconcelos is a founding partner of XVV Advogados, a Brazilian law firm specializing in public sector law, public policy, and regulatory and compliance matters. He has also served on a number of governmental councils, commissions, and working groups in Brazil, including the Council of Foreign Trade (CAMEX), the Inter-ministerial Intellectual Property Working Group (GIPI), the National Council on Biosecurity (CNB), and the Drug Market Regulation Chamber (CMED).

Mr. Vasconcelos serves on the boards of the Brazil chapters of Human Rights Watch and Transparency International. He received graduate degrees from the University of São Paulo and the Federal University of Santa Catarina, and was a visiting researcher at Columbia University’s School of International and Public Affairs.

He is based in São Paulo and Brasília, Brazil.