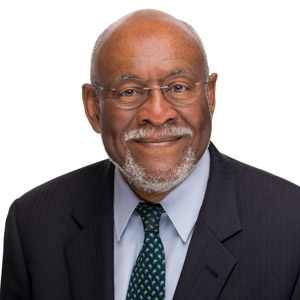 Ambassador Johnnie Carson is a Senior Advisor at ASG, where he brings his extensive expertise in Africa to ASG's clients. He is an accomplished diplomat who also serves as Senior Advisor to the President of the U.S. Institute of Peace.

Ambassador Carson served as the U.S. Assistant Secretary of State for African Affairs from 2009 to 2013. During his distinguished 37-year foreign service career, he held senior positions in the State Department including as Ambassador to Kenya, Zimbabwe, and Uganda, and Principal Deputy Assistant Secretary for the Bureau of African Affairs. Earlier in his career he had assignments in Portugal, Botswana, Mozambique, and Nigeria. Before joining the Foreign Service, he was a Peace Corps Volunteer in Tanzania.

Ambassador Carson is the recipient of several honors, including the U.S. Department of State's Meritorious Service Award. The Centers for Disease Control and Prevention bestowed Ambassador Carson with its highest award for his leadership in directing the U.S. Governments HIV/AIDS prevention efforts in Kenya.

Ambassador Carson received his M.A. from the School of Oriental and African Studies at the University of London and his B.A. in Political Science from Drake University.