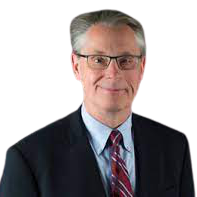 Jason Hyland is a Senior Advisor with the East Asia & Pacific practice at ASG, where he draws on decades of experience and deep networks in Asia, especially in Japan, to advise clients there and throughout the region.

Prior to joining ASG, Mr. Hyland held senior roles in both the private sector and the U.S. diplomatic corps in Japan. Most recently, he was the President and Representative Officer of MGM Resorts Japan.

Previously, Mr. Hyland served as the Chargé d’Affaires and Deputy Chief of Mission at the U.S. Embassy in Tokyo, where he oversaw U.S. participation in the G7 summit, President Barack Obama’s historic visit to Hiroshima, and the revision of the Guidelines for U.S.-Japan Defense Cooperation. While at the Embassy, he supported business partnerships between the U.S. and Japan. He also has expertise in the areas of cybersecurity, innovation, crisis management, Asian security and trade policy, and international tourism.

Earlier in his career, Mr. Hyland served at the U.S. Embassy in Canberra as Deputy Chief of Mission, at the U.S. Consulate General in Sapporo, and at the U.S. Consulate in Fukuoka. His assignments in Washington, D.C. included serving as Special Assistant in the Bureau of East Asian and Pacific Affairs at the U.S. Department of State and in the Office of Japanese Affairs. During his diplomatic career he also worked extensively in European affairs, with focus on the former Soviet Union and the Balkans. He has received numerous awards from the Department of State, including Superior Honor Awards, Meritorious Honor Awards, the Sinclaire Language Award, and the Expeditionary Service Award for leading the U.S. Provincial Reconstruction Team in Mosul, Iraq.

Mr. Hyland is based in Tokyo.