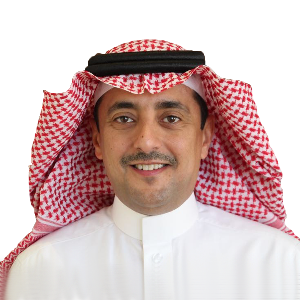 Imad Al-Abdulqader is ASG’s Gulf Cooperation Council (GCC) Regional Manager, where he advises clients of the firm’s Middle East and North Africa practice on policy and business trends in the region and leads the firm's GCC office.

Prior to joining ASG, Mr. Al-Abdulqader served as the Director of Investor Attraction at the Saudi Arabian General Investment Authority (SAGIA), where he participated in drafting country strategy and policies that targeted growth sectors, helped build and train the SAGIA ‘Investment Attraction’ team, and worked across government departments and agencies to implement SAGIA policies.

Prior to his private sector career, Mr. Abdulqader served in the Saudi Royal Air Force for 21 years, progressing into senior command positions, including Air Attaché (rank of Colonel) at the Royal Embassy of Saudi Arabia in Paris.

Mr. Al-Abdulqader received an M.B.A. from the University of Southern Queensland, Australia; an M.A. in Political Science from the University Pantheon-Assas in Paris, France; an M.A. in Military Studies from the Ministry of Defense in Saudi Arabia; and a Bachelor of Aeronautical Science degree from King Faisal Air Academy in Saudi Arabia. He is also a Certified Management Accountant and holds a certificate from the Joint Defense College in France. Mr. Al-Abdulqader served on the board of the Small and Medium Enterprise Authority (SMEA). He speaks Arabic, English, and French.

He is based in Riyadh, Saudi Arabia.