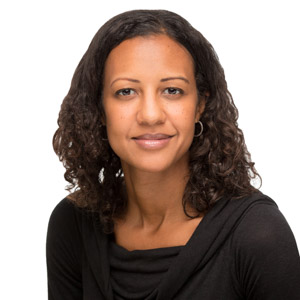 Isis Nyong'o Madison is a Senior Advisor in ASG's Africa practice, drawing on her experience in technology and the social sector to support client engagements throughout the Continent.

Considered a thought leader on technology, Ms. Nyong’o has worked with InMobi, Google, and MTV in Africa. As InMobi’s Vice President and Managing Director for Africa, she developed and drove mobile advertising business strategy, with a focus on Egypt, Kenya, Nigeria, and South Africa. At Google, Ms. Nyong’o developed and built strategic mobile and local content partnerships to distribute Google products, negotiating and closing over a dozen licensing deals with content owners from various sectors.

Ms. Nyong’o is concurrently a Principal at Asphalt & Ink, a strategic advisory firm she founded to assist corporations, start-ups, governments, and non-profit organizations operating in Africa. She also serves as Non-Executive Director of the Nairobi Securities Exchange, East Africa's leading securities exchange, and as a Non-Executive Director at Finserve Africa.

She was named one of “Africa’s Most Powerful Women” by Forbes and a Young Global Leader by the World Economic Forum.

Ms. Nyong’o earned an MBA from Harvard Business School and a B.A. in Human Biology from Stanford University.

She is based in Nairobi, Kenya.