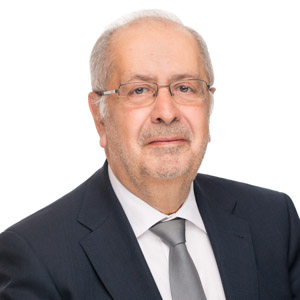 Jaime Gama is Senior Strategic Counsel at ASG, where he draws on his experience as the longest-serving Portuguese Foreign Affairs Minister to advise clients in Europe, Africa, and Asia.

As Minister of Foreign Affairs, he signed the Accession Treaty of Portugal to the European Communities, the Friendship, Cooperation and Consultation Treaty with Brazil, and initiated and concluded negotiations with China on the handover of Macau.

Mr. Gama negotiated and signed the New York Agreements between the UN, Indonesia, and Portugal that led to the self-determination and independence of East-Timor. On several occasions, he managed crisis and peace and reconciliation efforts in Angola, Mozambique, and Guinea-Bissau. Mr. Gama was the Portuguese Minister of Foreign Affairs in 2002 when Angola reached peace after a 27-year civil war.

As Foreign Minister he proposed and organized, with Algeria and Egypt, the first Africa-EU Summit, paving the way for the Africa-EU Partnership. As Speaker of the Parliament he negotiated and implemented the Parliamentary Forum of the Ibero-American Community of Nations.

Mr. Gama holds a degree in Philosophy from the University of Lisbon.

He is based in Lisbon, Portugal.