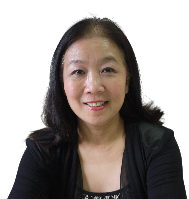 Mu Lan is a Senior Advisor at ASG, where she works to expand relationships with local governments, institutions, and Chinese state-owned-enterprises.

Over the past several decades, Ms. Mu has worked extensively to enhance cooperation between Chinese provinces and cities and U.S. states. From 2001 to 2012, Ms. Mu served as Chief Representative in China for the Port Authority of New York & New Jersey. She also held multiple leadership roles in the Council of American States in China (CASIC), including the organization’s Executive Secretary. Prior to her career with the Port Authority, Mu Lan worked as Deputy Director of the Beijing Gehua Cultural Development Group, an organization dedicated to cultural exchange between China and other countries.

Mu Lan also had a distinguished career as a Diplomatic Officer between 1990 and 2000, including serving as the Economic and Commercial Office of the Chinese Embassy in Bonn, Germany and at the Chinese Consulate General in Vancouver, Canada

She began her career as a salesperson for the China National Silk Import and Export Corporation. One of her early accomplishments was to introduce National Geographic magazine to China and to help develop a series of stories on Chinese silk and culture.

Ms. Mu holds a B.A. in English from Sichuan University.

She is based in Shanghai, China.