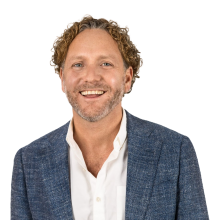 Michael Masserman is a Senior Advisor at ASG, where he advises clients on growth opportunities and policy issues in global markets.

Mr. Masserman was most recently Head of Global Policy & Social Impact at Lyft, where he worked on and led initiatives ranging from global business expansion to transportation equity, and from regulatory policy to the future of work. He previously served at the U.S. Department of Commerce, where he led efforts to help U.S. businesses expand into and compete in new markets as the Executive Director for Export Policy, Promotion, & Strategy. Mr. Masserman also served as Director of the Office of Advisory Committees and Industry Engagement, advising the executive branch on the formulation and implementation of trade policy.

Mr. Masserman began his career practicing international corporate law at Simpson Thacher & Bartlett in New York and at King & Wood Mallesons in Sydney, Australia. He is a Fellow with the Truman National Security Project and is a board member of multiple organizations including the Consumer Technology Association.

He is based in San Francisco.