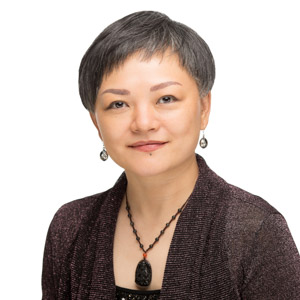 Shen Lei is a Senior Vice President at ASG and President of ASG China. She helps lead the firm’s on-the-ground teams in China and leads many of ASG’s client engagements in China, focusing on developing and implementing strategies and advocacy plans to resolve various challenges faced by clients in China. She draws on extensive private-sector experience working with Chinese government agencies at the central and local levels from the firm’s Beijing and Shanghai offices.

Prior to her decade-long service at ASG, Ms. Shen spent 15 years working with American and Chinese companies in China, including 10 years in the editorial and business divisions of Dow Jones & Company. As Chief Representative and Managing Director of the company’s Shanghai operations, she managed day-to-day operations in the region and developed the company’s government relations and business expansion strategy in China. Prior to that, she was a Journalist with the Wall Street Journal’s Shanghai Bureau.

Ms. Shen was also a Consultant and China Representative at the U.S.-China Education Trust, where she advised the organization on its China initiatives and strategies. In that role, she managed projects involving legislation, education and media training and led business development efforts to expand the organization’s presence and programs across the country.

Previously, Ms. Shen was a Vice President of a leading lifestyle Internet company based in Beijing, where she devised corporate strategy, managed merger and acquisition initiatives, and led partnership development. Ms. Shen earned an M.A. in Linguistics and a B.A. in English and American Language and Literature from Shanghai Normal University. She is fluent in Mandarin Chinese and English and speaks basic Japanese and Russian.

She is based in Beijing, China.