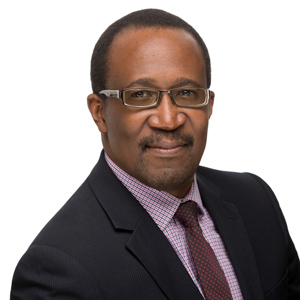 Joseph S. Kitamirike is a Senior Advisor at ASG, where he advises clients on Africa-related issues.

Mr. Kitamirike served as the CEO of the Ugandan Securities Exchange, where among other duties he was responsible for raising the public profile of the exchange, increasing trading revenues, and multiplying the number of securities holders actively participating in the market.

Previously, Mr. Kitamirike served as CEO of the Uganda National Housing & Construction Co., LTD, where he reorganized the company, transformed its business strategy, grew the company’s balance sheet by more than $35.5 million and built a new project pipeline estimated at $300 million.

He also served as Commissioner of Industry and Technology in the Ugandan Ministry of Tourism, Trade and Industry, and as a Financial Analyst at the Uganda Development Bank. He has also held private sector positions in the United States, including at GE Capital’s EDGELAB.

Mr. Kitamirike received an MBA in Finance from the University of Connecticut and a B.S. in Mechanical Engineering from Makerere University with honors. He is a Certified Venture Evaluator.

He speaks Swahili and is conversant in French.

He is based in Kampala, Uganda.