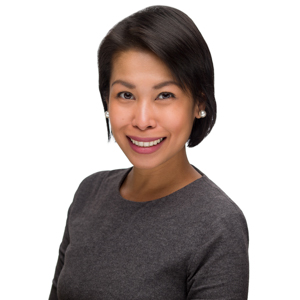 Julia Abad is a Senior Advisor with ASG’s East Asia and Pacific practice, where she brings over 15 years of experience in public policy to client engagements in the Philippines.

From 2010 through 2016, Ms. Abad served as Chief of Staff to Philippine President Benigno S. Aquino III and as Secretary of the Presidential Management Staff. In these roles, Ms. Abad managed a 300-person team responsible for supporting presidential decision-making through policy research and analysis, including an assessment of the administration’s achievements for the annual State of the Nation address.

Before joining the Presidential Management Staff, Ms. Abad was the Chief of Staff to then Senator Benigno S. Aquino III. She led Aquino's Senate team in analyzing and proposing policy recommendations for the senator’s legislative agenda. Ms. Abad’s first foray into government work started when she served as the Executive Assistant to the Secretary of the Department of Social Welfare and Development in the Philippines.

Previously, Ms. Abad wrote for the Ayala Foundation, served as a program officer for the Asia Pacific Philanthropy Consortium, and lectured at Ateneo de Manila University's Department of Political Science, where she taught undergraduate students the role of politics in governance and current issues in the Philippine government.

Ms. Abad was named a Young Global Leader by the World Economic Forum (WEF) in 2014 and currently serves on the WEF Expert Network.

She received her M.A. in Public Policy from the John F. Kennedy School of Government at Harvard University as a Fulbright Scholar. She holds a B.A. in Communications from Ateneo de Manila University.

She is based in Quezon City, Philippines.