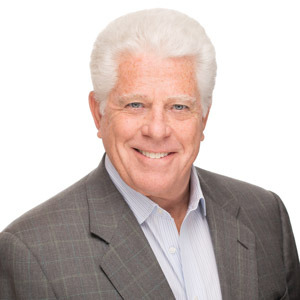 Harry Clark is a Senior Advisor at ASG, where he draws on decades of experience in business, finance, media, and government to advise clients on global public policy, strategic partnerships, and investment opportunities. He counsels clients on management and policy issues, with an emphasis on mergers & acquisitions, crisis and issues management.

Mr. Clark is also Managing Partner at Stanwich Group LLC, a strategic management consultancy and is Senior Counselor to the Brunswick Group.

During the George W. Bush administration, Mr. Clark served as Counselor to Ambassador Robert B. Zoellick and the Office of the United States Trade Representative (USTR), where he advised USTR on strategic political issues and alliance building with the U.S. business, trade association and NGO communities. He also advised Ambassador Zoellick during his tenure as President of the World Bank Group.

Prior to his government service, Mr. Clark was a Managing Partner at Clark & Weinstock, a public policy and communications consulting firm, which he founded in 1987.  The firm has since been acquired by Omnicom Group, Inc.

Mr. Clark has been active in the U.S. federal public policy arena for many years, including as an advisor to Senator Bill Brock of Tennessee and Congressman Jack Kemp of New York. He served as a television consultant to the Executive Office of the President during the Reagan administration and as a communications strategist to the National Republican Senatorial Committee under the leadership of Senator Richard Lugar.

He also established an independent television production company in the 1970s and produced documentary programming carried by PBS, BBC and Tokyo Broadcasting.

Mr. Clark currently serves on the board of directors of the U.S. Chamber of Commerce Foundation, the Sound Shore Fund (a $2 billion mutual fund) and the Center for International Private Enterprise (CIPE).

He holds a B.S. from Cornell University and did graduate work at The George Washington University.

Mr. Clark is based in New York City, NY.