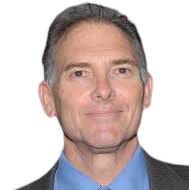 Steve Solot is a Senior Advisor with ASG, bringing decades of experience in public policy, government regulation, and private sector collaboration to help media industry clients navigate complex markets throughout the Americas and beyond.

Mr. Solot comes to ASG from Netflix, where he managed production policy – including fiscal incentives, content production infrastructure, and workforce training programs – across Latin America, Spain, and Portugal. Previously, he served as Executive Director of the Brazilian Film Commission Network, where he supported producers filming in Brazil and promoted the country as a premier production location. Mr. Solot was also president of the Rio de Janeiro Film Commission and is the founder of the Latin American Training Center, a regional media training and consulting initiative headquartered in Rio de Janeiro.

He worked for 25 years with the Motion Picture Association, the U.S. film industry’s trade association, serving as Senior Vice President for Latin America. In that role Mr. Solot was responsible for operations across the region, including government affairs and intellectual property protection. He began his career as an economist for the Bank of Boston in its Rio de Janeiro branch.

He is based in Rio de Janeiro, Brazil.