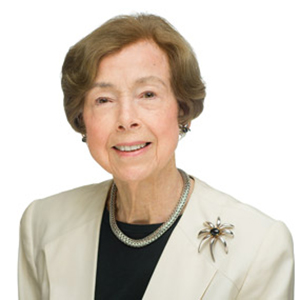 Ambassador Carla A. Hills is Senior Counselor at ASG, where she draws on a career at the highest echelons of U.S. trade policy and diplomacy to help clients navigate markets around the world.

Ambassador Hills served as United States Trade Representative from 1989 to 1993. In this capacity, she was President George H.W. Bush's principal adviser on international trade policy and the chief U.S. trade negotiator. She negotiated and concluded the North American Free Trade Agreement (NAFTA) and led the U.S. negotiations on the Uruguay Round of the World Trade Organization. Previously, Carla served as Secretary of the Department of Housing and Urban Development (the third woman to hold a cabinet position). She also served as the Assistant Attorney General, Civil Division, of the U.S. Department of Justice. After her government service, Ambassador Hills founded and led Hills & Company International Consultants, a leading global advisory firm.

Before entering government, Ambassador Hills co-founded and was partner in what is now the Munger, Tolles & Olson LLP law firm. She also served as an adjunct professor at the University of California at Los Angeles Law School teaching antitrust law, and co-authored the Antitrust Adviser, published by McGraw-Hill. Her expertise in antitrust and federal civil matters informs her understanding of business.

Ambassador Hills has served on many corporate boards, and is Honorary Chair of the National Committee on U.S.-China Relations, Honorary Chair of the Inter-American Dialogue, Trustee to the Center for Strategic and International Studies, Chair Emeritus of the Council on Foreign Relations, and Honorary member of the Peterson Institute for International Economics’ Board of Directors.

She earned her J.D. from Yale Law School and a B.A. from Stanford University. She also holds honorary degrees from a number of colleges and universities. In 2000, she was awarded the Aztec Eagle, the highest honor given by the Mexican government to a non-citizen.

Ambassador Hills is based in Washington, D.C.