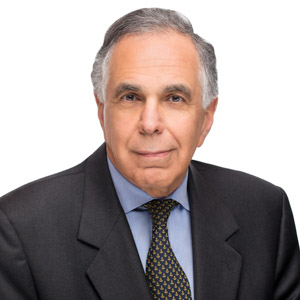 Zaki Hosny is a Senior Advisor of ASG, where he works closely with the firm’s Health practice. Mr. Hosny has spent over three decades in the international pharmaceutical industry and uses his experience to help clients achieve their strategic goals in overseas markets.

Previously, Mr. Hosny spent most of his career at Merck & Co in marketing & general management positions around the globe. Regional management positions included responsibility for the company’s business in its Mid Europe Region (Belgium, Netherlands, Austria, Portugal, Switzerland, Greece, Israel & South Africa) and Scandinavia. In these positions, he gained a wealth of experience in diverse market access, pricing and reimbursement, regulatory, and government relations issues.

Mr. Hosny also held senior marketing roles with worldwide responsibility for cardiovascular and other franchises, and was closely involved in the clinical development program for some of the company’s major products. Earlier in his career, Mr. Hosny was a member of the European Government Affairs office and was closely involved in shaping the regulatory, pricing, and patents legislation created under the EU single market program.

Mr. Hosny is a graduate of Cambridge University with a M.A. is History and Law. He is fluent in French.

Mr. Hosny is based in Princeton, New Jersey.