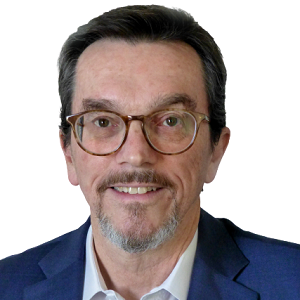 William Grant is a Senior Advisor with the Middle East & North Africa practice at ASG, where he draws on a distinguished 35-year career in the U.S. Foreign Service to advise clients on business and growth strategies across the region, regulatory issues, and dispute resolution.

Mr. Grant most recently served as Chargé d’Affaires at the U.S. Embassy in Doha, Qatar, where he worked with a variety of companies pursuing opportunities in the defense, energy, construction, and technology sectors. He also advanced cooperation between the U.S. and Qatari governments on defense, restricting the financing of illicit activities, and protecting workers' rights. Previously, he served as Deputy Chief of Mission at the U.S. Embassies in Israel and Lebanon, and Consul General at the U.S. Consulate General in Basra, Iraq.

Mr. Grant also served as Political Minister Counselor at the U.S. Mission to the United Nations, leading a team that managed U.S. actions in the UN Security Council; Senior Advisor for Iraq matters in the State Department’s Bureau of Near Eastern Affairs; and head of the U.S. office in Sulaimaniya, Iraq.

Earlier in his career, Mr. Grant was Deputy Chief of Mission at the U.S. Embassy in the Republic of Malta and served in Italy, Argentina, Poland, and Washington. He has worked extensively on economic affairs.

He received his B.A. in sociology from the University of Pennsylvania.

Mr. Grant is based in Washington, D.C.