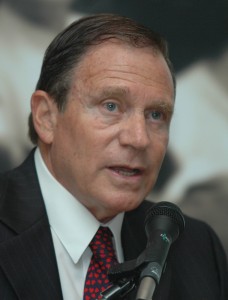 Ory Slonim is a Senior Advisor to ASG. Mr. Slonim has been a distinguished attorney and risk management adviser for more than forty years, serving clients both in Israel and worldwide on a wide variety of legal matters and government proceedings.

Mr. Slonim has served on the boards of directors of several of Israel’s leading corporations, and as a Special Consultant to seven of Israel’s Ministers of Defense on issues concerning POWs and MIAs. Since 2005, he has served as Chairman of Variety Club in Israel, a charitable organization benefiting children where he also served as President from 1994 until 2003, and as International President between 2003 and 2005. In 2011 Mr. Slonim was honored by President Shimon Peres with the Israeli Presidential Medal of Distinction and sits on the Prime Minister’s Government-Business-NGO Roundtable. In 2013 he was appointed Chair of the Business Section of the Prime Minister's Roundtable.

Mr. Slonim has served as corporate compliance monitor for major multinationals, and is a member of the Society of Corporate Compliance and Ethics (SCCE). He received an LL.B. degree from The Hebrew University of Jerusalem.

He is based in Tel Aviv, Israel.