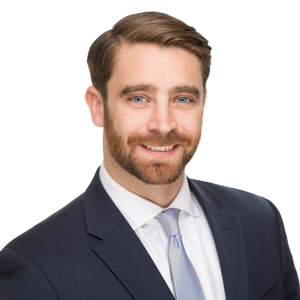 James King is a Senior Vice President at ASG, where he advises clients on market entry, expansion, and government relations in Latin America. Mr. King brings first-hand experience in Latin American political and economic issues to help clients identify opportunities and mitigate risk in business operations in the region.

Prior to joining the firm, Mr. King worked for the Brazilian Sugarcane Industry Association (UNICA), where he served as a Research Associate and provided analysis on U.S.-Brazil trade, agriculture policy, and renewable energy.

Previously, he helped develop public outreach strategies for Instituto Dois Irmãos (I2I), an NGO dedicated to promoting access to education and social inclusion in Rio de Janeiro, Brazil. He continues to serve on the organization’s Board of Directors.

Mr. King is proficient in Portuguese and is conversational in Spanish.