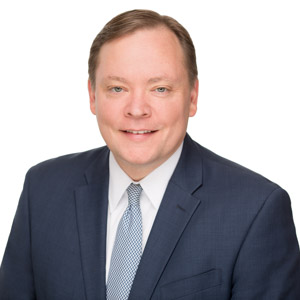 Dan Rosenthal is Managing Principal of Albright Stonebridge Group, part of Dentons Global Advisors. In this role he serves as chief executive officer of the global firm. He is also a member of the Investment Committee of Albright Capital Management LLC, an affiliated investment advisory firm focused on emerging markets.

Mr. Rosenthal has advised clients across a wide range of sectors and geographies including consumer products, energy, hospitality, information and communications technology, life sciences, professional services, and retail, among others. He has a particular depth of expertise in Israeli and the United States government and politics.

Before joining ASG, Mr. Rosenthal served as a senior executive of a California-based internet company, where he oversaw international business development, strategic alliances, and corporate development. In that capacity, he negotiated major partnership agreements and was a key contributor to the management, growth, and strategic decisions of the company. He conceived and oversaw the creation of new lines of business, and managed a team and portfolio of business that generated hundreds of millions of dollars in revenues for the company.

In government, Mr. Rosenthal served as an Assistant to the President on the White House senior staff from 1995 to 2000, with responsibility for the public affairs of the President. He oversaw the planning and execution of public and private diplomacy and events around the United States and the world, and was a key participant in White House strategic communications planning and crisis management. Mr. Rosenthal represented the U.S. in more than 50 countries, leading presidential missions and negotiations with senior counterparts from other governments.

Prior to his service in the White House, Mr. Rosenthal worked at the International Trade Administration of the U.S. Department of Commerce, and at the U.S. Agency for International Development in the Bureau for Eastern Europe and the Former Soviet Union.

Mr. Rosenthal serves on the Global Board of Directors of the U.S.-India Business Council, and from 2013-2015 he served on the U.S. Department of State’s Advisory Committee on International Economic Policy.

A veteran of numerous national and state level political campaigns in the U.S., Mr. Rosenthal most recently served as a member of the Biden for President National Finance Committee.

He earned a J.D. with honors from Tulane University Law School, with his final year of study at the Georgetown University Law Center. He received a B.A. in Political Science with a minor in Applied Economics from the University of Rochester.

Mr. Rosenthal is based in Washington, D.C.