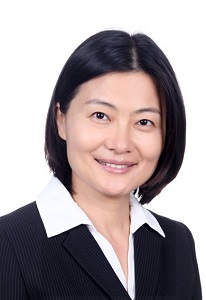 Wang Peishu is a Senior Director at ASG, where she advises clients of the firm on government affairs strategies, and policy and regulatory issues in the China market.

Prior to joining ASG, she served as a commercial consul at the Chinese Consulate General in Los Angeles. In this role, she helped Chinese companies build relationships with the local business communities and government stakeholders and advised U.S. companies on making investment in China.

Previously, she was an associate at Morgan, Lewis & Bockius LLP Beijing Office, a U.S.-based international law firm. She also worked for King & Wood Mallesons, one of the biggest law firms in China. As a lawyer, her practice was primarily focused on inbound and outbound mergers and acquisitions, private equity financing, joint venture setups, and overseas greenfield investment.

Ms. Wang graduated from China University of Political Science and Law with a LLB degree, and holds a LLM degree in general studies from George Washington University School of Law. She is qualified to practice law in P.R., China, and New York State.

She is based in Beijing, China.